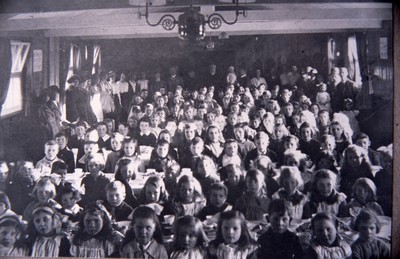 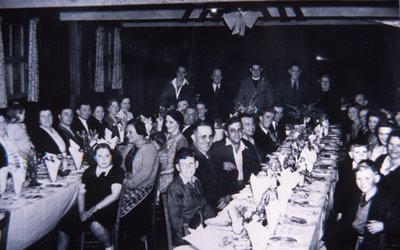 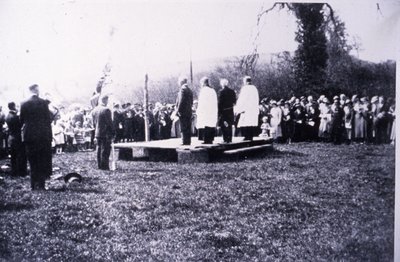 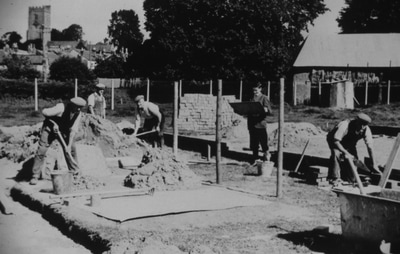 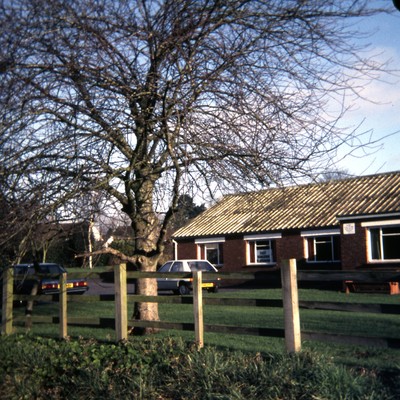 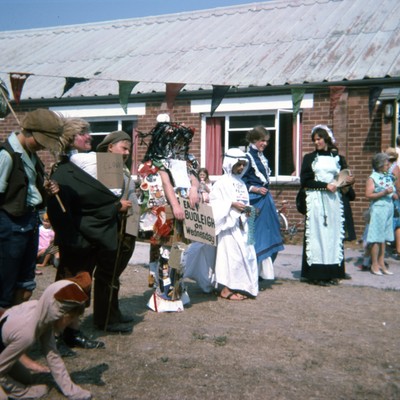 After the end of the First World War, it was felt that the village needed a community centre. A Nissen hut was erected at the bottom of Middletown Lane and became known as The Institute. The Institute was the venue for many of the organisations we still see today, such as The Women’s Institute, as well as being the gathering place for ex-servicemen and a place for various fundraising activities such as jumble sales and whist drives. Many social events were held there, including Christmas parties.

During the Second World War, many soldiers trained on Woodbury Common and some were billeted in East Budleigh. There was, therefore, an increased demand for entertainment and dances were organised in the Institute. The existing Nissen Hut proved to be too small for the purpose, creating a demand for a new, larger community centre.

When the war ended, there was a huge push to raise the necessary funds, with the whole village helping. In November 1944, there was a public meeting and a representative from the National Council of Social Services outlined the activities of NCSS with regard to village halls, including financial and legal guidance available. He spoke of the advantages of ‘Vesting Trust Premises in the Official Trustee of Charity Lands.’ The resolution was passed that the Charity Commissions of England be applied to, ensuring the preservation of the village hall and adjoining children’s play area for the use and enjoyment of the public for ever.

In October of 1946, there was a public meeting, chaired by C Bolt, with the first committee made up of representatives of the various organisations in the village, including the WI, Mothers Union, Drakes School, Girl Guides & Brownies, Football club, Parish Council, PCC, British Legion, Trustees of the Salem Chapel, Nursing Association, and East Budleigh & District Village Produce Association. The retiring entertainment committee had raised over £473 towards funds for the village hall. It’s amusing to note that fencing at the edge of the playground was subsequently put up to stop cattle drinking from the brook!

The new village hall was opened in 1955 on its present site thanks to the generosity of Lord Clinton who donated the land. In fact, there was more land than needed for the building, so the village was able to install a playground. The playground has served generations of children and over the years has been improved and expanded. As much of the equipment was showing its age and needed to be replaced, several parents formed themselves into the Village Green, an organisation that has been proactive in raising the necessary capital for improvement to the grounds, while also having the vision to bring the whole community together with social events. This is what being a village is all about and promises a bright future for East Budleigh!